Günther Anders (1902-1992) was an Austrian philosopher, critical theorist, political activist, and a writer of poems, short stories and novels. His works on the critical theory of technology have remained rather undiscovered. His main work Die Antiquiertheit des Menschen (The Antiquatedness of the Human Being) appeared in two volumes and has thus far not been published in English. This essay reviews key aspects of Anders’ works and uses them to critically assess big data capitalism. It first discusses Anders’ concept of the Promethean gap; the gap between what humans can produce with the help of technologies and the capacity of imagining the negative effects these technologies can have. The essay also engages with Anders’ analysis of commercial television and radio. Anders sees capitalism as having catastrophic potentials. He argues that Auschwitz and Hiroshima are two symbols of 20th-century catastrophism. The article discusses Anders’ letter to Klaus Eichmann, the son of Adolf Eichmann, who was in charge of the organisation of the displacement and deportation of Jews in the Third Reich. It furthermore analyses the exchange of letters between Anders and Claude Eatherly, the pilot of an aircraft that supported dropping the nuclear bomb “Little Boy” on Hiroshima. Finally, the paper engages with Anders’ critique of Martin Heidegger’s philosophy. In the age of the Internet and big data capitalism, Anders’ warnings about the potential negative effects of capitalist technologies and capitalism remain of crucial relevance and have taken on new qualities. Anders’ philosophy is an undiscovered critical theory of technology that allows us to critically understand power structures in the age of big data and social media. 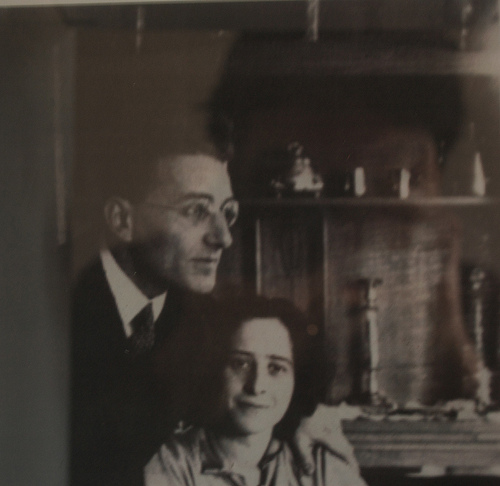 Christian Fuchs, University of Westminster, Westminster Institute for Advanced Studies & Communication and Media Research Institute
Christian Fuchs is professor at the University of Westminster.  He is editor of tripleC: Journal for a Global Sustainable Information Society. He holds a venia docendi in the field of ICTs and society.
His research interests are: critical theory, social theory, Internet and society, social media and society, media and society, ICTs and society, information society theory/research, political economy. He is author of many publications in these fields.
URL: http://fuchs.uti.at
Published
2017-06-12
Issue
Vol 15 No 2 (2017)
Section
Reflections (Non Peer-Reviewed)